Sunday we left Ft. Davis and kept on our westward journey through El Paso and toward Albuquerque. It's so fascinating to see the ever changing geography and landscape as we go from one area to another, from one state to another.  New Mexico is now the 7th state we've been in since we left home.  Just as we came into the state on I-10, we began seeing these enormous cattle feed lot operations, all apparently holsteins.  Just went on for miles and miles.  My first thought was that they were either slaughterhouse operations or some sort of holding area before being moved to slaughter houses, but then saw a sign for a dairy.  We had initially thought we might stop in Las Cruces, but when we realized we were not too far from Truth or Consequences, NM, we just knew we had to push on!  We learned that Ralph Edwards, the longtime TV man behind the radio and TV show by that name decided that on the ten year anniversary of the show, as a PR ploy began looking for a town that liked the show so much they would change its name. Well, Hot Springs, NM held a vote and the town voted to do it, so that's how it got its name.  Not too much in the town now, though, but it is near a beautiful New Mexico state park on Elephant Butte Lake.  We stayed in a lovely spot overlooking the lake; the park is wonderfully laid out, with nice shelters over the tables, and the spots at angles, so it's easy to get a less crowded feel, even if it were full.  Since we arrived late on a Sunday evening, and school has not yet finished, the park was pretty empty.  It's been so nice to be in some of these parks where there just hasn't been anyone there.  We know that will soon come to an end once school lets out, but it's so nice for now.  This morning we woke up to no other campers in the whole row of sites along the bank overlooking  the lake.

Last night we found a wonderful restaurant for some of the best Mexican food we've ever had.  The tortillas were baked fresh, just melt in your mouth.  And the green and red chili sauces were just out of this world!  It was so different from anything we've had at the Mexican restaurants at home, and were we glad to have had this chance!

After supper we walked down by the banks of the lake--unfortunately the severe drought conditions have left the lake at the lowest level it's been in 8 years.  Locals say the farmers and ranchers are really worried that it's going to get worse.  Anyway, we could only imagine how much prettier it would have been had the lake been full.

We took off this morning and just drove on to Albuquerque, where we're now sitting at Camping World, waiting for the service people to diagnose the problem with the fresh water pump.  Hope it's something relatively easy for them to fix, but as I described the problem to the service manager when he was doing the intake, I didn't like the frowns that appeared on his face.  But, hey, this is the no worries, no hurries tour!  Whatever happens happens, and we'll just deal with it.  Wanted to get to Albuquerque, since we had already gotten Trisha's ticket to Florida from here, and I'll have a week here anyway, if it takes a while to fix the problem.  Another ominous sign--as we first sat down in the waiting lounge, Trisha picked up the local paper and immediately saw an ad for shih tzus!  So don't know where that may lead!!

Anyway, here are some pics from yesterday, and the sunrise this morning at Elephant Butte Lake:

These shots are of the McDonald Observatory, not too far from Ft. Davis 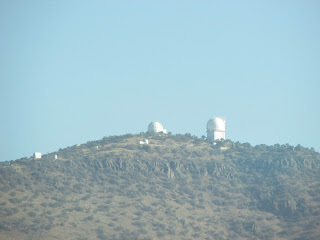 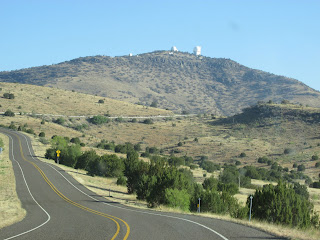 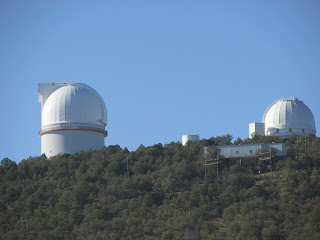 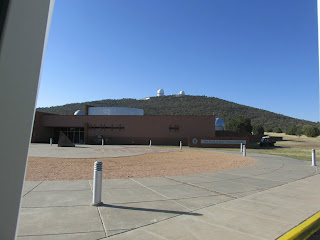 Some pretty purple flowers on the grounds of the observatory. 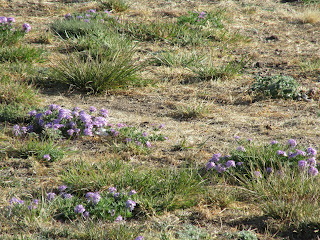 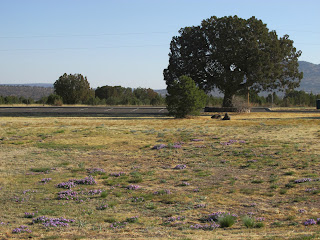 Some different terrain that what we've been seeing 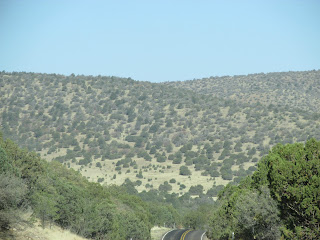 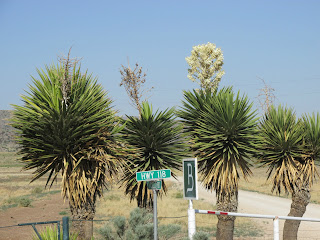 This is a far away shot we tried to get as we were driving along of the pecan orchards.  Never knew this was such a big crop in New Mexico, but along I-10 there are miles and mile of them. 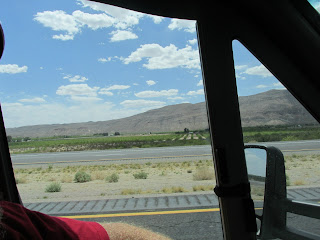 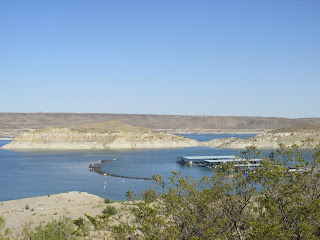 Above:  view of the marina; you can see how low the water level is 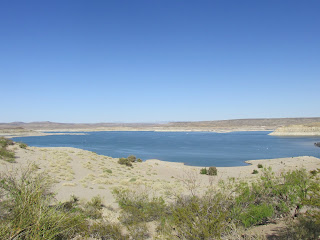 View of the lake from our campsite, with mesas and buttes in the background--learned that a butte is a small mesa, generally accepted dividing line is if there is not room enough for cows up top, then it's a butte. 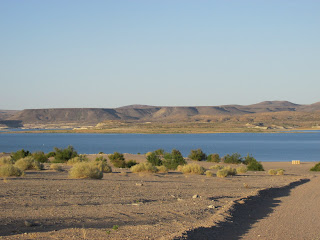 As we were walking down to the lake after supper--don't we cast long shadows!! 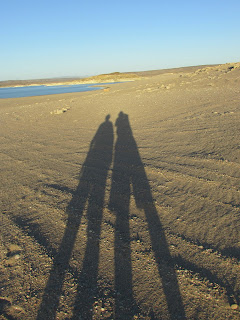 Right by the lake 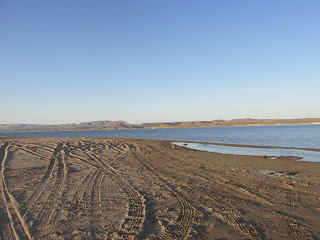 Sailboat gently motoring on the other side of the lake 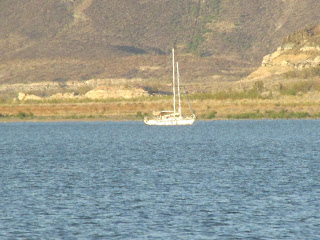 Sunrise over Elephant Butte Lake from our campsite. 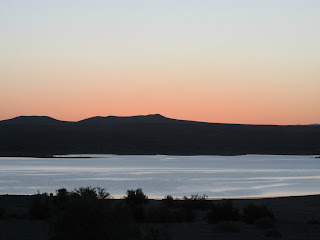 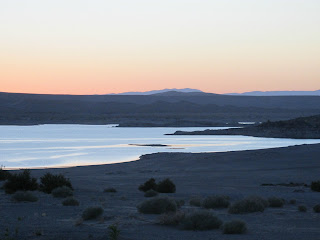 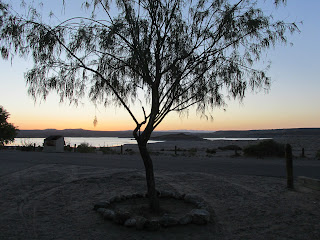 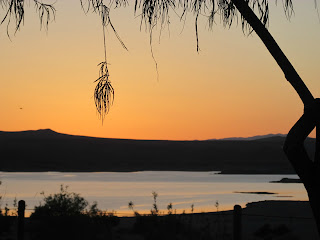 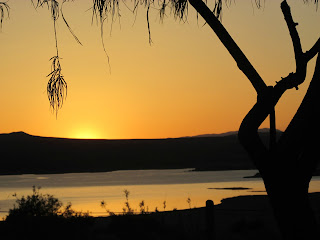 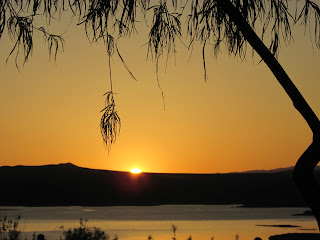 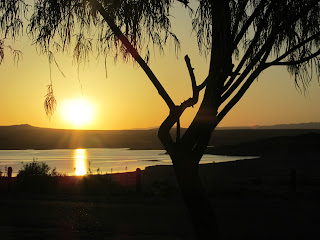 Well, great news--the service manager just came to let us know that the problem wasn't as major as we had feared, just some loose hose connections and they got it taken care of before 5:00!  Wooohoooo!  So, fortunately there's an RV park right next door where we'll go and relax, now that we have full water in the carhouse, and plan on spending the day tomorrow exploring the many things Albuquerque has to offer!