Some pics from Ft. Pickens

Here are some pics that give a bit of the flavor of Ft. Pickens area in the Gulf Shores National Seashore. While we were in Pensacola Beach we saw quite a bit of new home construction as we walked along the beach road--very encouraging sign for the economy there. Then we got to Ft.Pickens and you can see how unpopulated the beach is. The first pic is from Friday afternoon on the beach; then you see the osprey guarding her nest atop one of the dead trees. I got one pic of some of the Blue Angels doing their practicing over our campsite. Next is sunset on the beach, and us as we walked back along the nice trex board walkway across the dunes. It's nice to be able to walk barefoot on this surface made of recycled materials since there are no splinters like a typical wooden boardwalk. The last pic is of the road out from the campground as we were leaving today. Rained most of the night and it got harder after we woke up. We were able to visit the actual fort, but due to the inclement weather the Blue Angels were not doing their practice as we had hoped. But sure glad we got to see some of it yesterday.
It's quite interesting to observe the different types of people and attitudes as we've been on the road. Most folks are quite happy and friendly, but we have seen/heard some folks who seen genuinely unhappy to be here--wonder why they came. As the Blue Angels started their fly overs yesterday, some folks in the adjacent campsite were complaining about the noise; then another person in their party said "you need to turn the negative into a positive--we just got a free air show from the Blue Angels!" Wonderful!
Our leisurely departure from the campground allowed us to be close to our favorite little lunch place--The Native Cafe--so we got in one more lunch there. Trisha said the fish tacos are the best she's ever had! Decided that while we're along the coast, it's okay to deviate from our newfound vegan regimen for a little of this wonderful seafood, as there will be plenty of places where we'll gladly eat only veggies.
Headed on through Perdido Key--which is nonstop highrise condo buildings, basically obliterating most of the view of the gulf from the road. While Pensacola Beach had many more bars and restaurants along the beach, not so many high rise buildings. Perdido has not so many bars and restaurants--at least not visibly so along the Gulf Beach Highway--but tons more very tall high rises. We'renow at Gulf State Park in Gulf Shores, AL. We had looked at their website earlier and wanted a site on the water, and were excited when we checked in to find they had one such spot left. But it was very blustery, stormy winds and when we got to our site we watched as the wind tore off an awning of the motor home in the next site. As I was beginning to hook up the power, the wind was rocking our RV so much we decided to swap the waterfront for a site more inland with some protective trees to break the wind. We saw quite a few tents that had been blown over, awnings that had been ripped, and were not even sure we wanted to extend the slide out. But after we got settled in the new site we took a nice long nap and when we woke up the wind had subsided, the raid had stopped, and the clouds were beginning to clear. Took a good long walk--this place is huge, nearly 500 campsites, each of them quite spacious and not right on top of each other--and met some delightful folks from Wisconsin, who gave us some tips on places to see when we hit that state.
Don't know how long we'll stay here, just depends on the weather. We'll see what it looks like tomorrow and the next day.
While we know we have a ways to go, we are definitely learning how to be in the RV--it's sort of like choreographing an intricate dance, with each of us learning how to maneuver around the kitchen, dinette, bath--and each other--as we begin to settle into a rhythm of how most efficiently to do meal prep, cleaning up and site setup and breakdown. Nice to be feeling like we're getting better at it! Also turned on the TV for the first time, and to my great relief, everything worked like it is supposed to and Trisha is happy with the picture, and the fact that she can watch it from the dinette, as well as from the bed! When I replaced the OEM TV with a flatscreen LED model on an under the shelf flip up/swivel mount, I was crossing my fingers that I got all the wires connected correctly, and yipee, it works! The TV I got online had been advertised as having built in internet apps, but alas, not the case. But I was able to get a nice compact Bluray player with the apps on it, and had the cabinet maker design the new cabinet with a little space for the player to sit right over the TV. So, haven't had wifi anywhere yet, but should be good to go when we do.
As we were eating lunc today, we both remarked how different it is to travel without time restrictions--while if we were on a limited vacation schedule, we might have been upset about such a rainy day taking up one of a finite number of beach days. But it wasn't a disappointment at all today; just a different day, and we took advantage of it by not travelling very far, and just enjoying cozy time together in our little "carhouse" as our grandson calls our RV, while the storm just did its thing. Quite remarkable, and such a wonderful blessing! 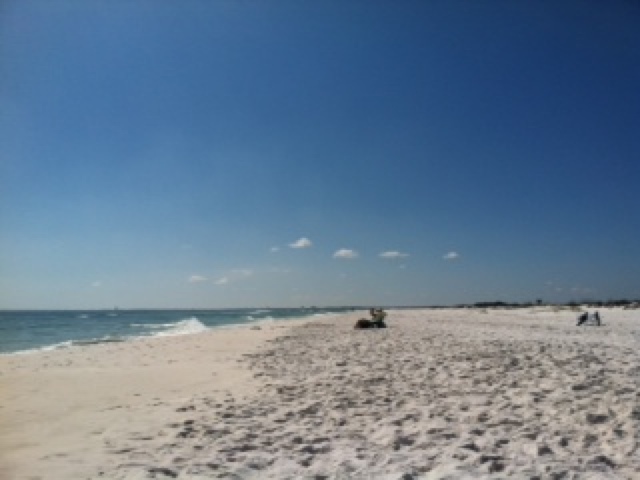 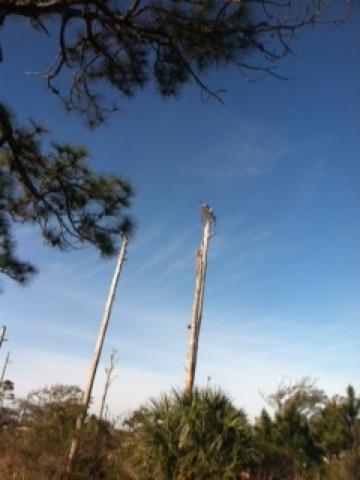 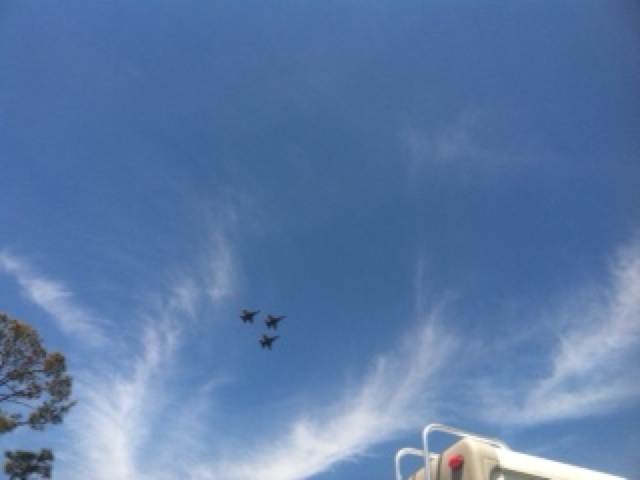 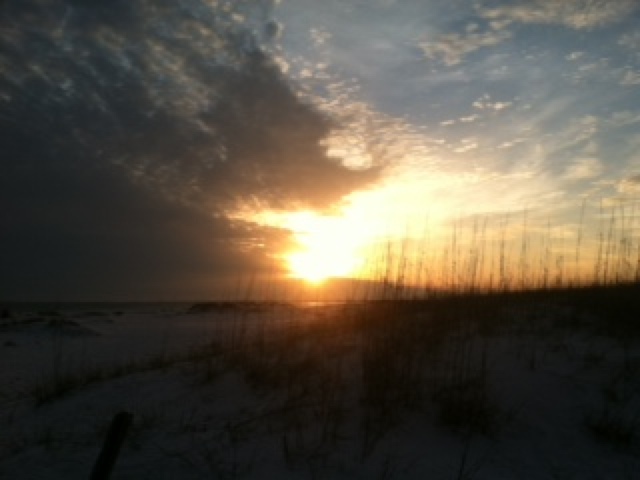 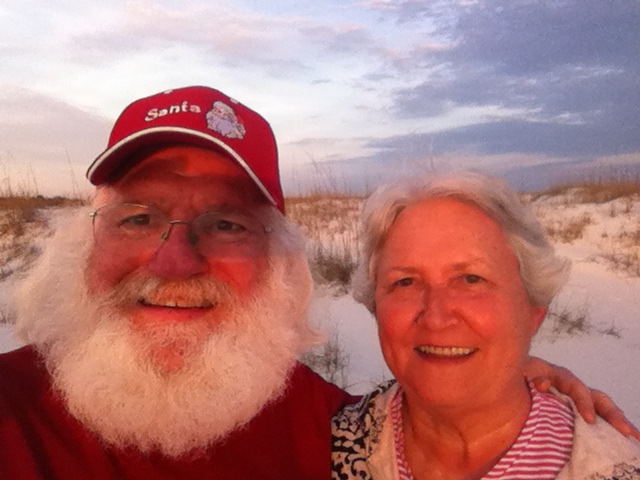 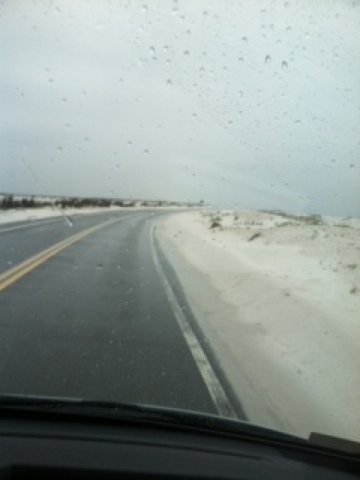