Last night we parked in the same casino parking lot where I had stayed 6 weeks ago when Trisha was in Florida, since it was right down the road from the Tramway.  Interesting change from last time--in early May, it was cool, extremely windy, and there was only one other RV in the outer lot, where they have you park.  Last night it was very warm, fortunately no wind, but quite a few RVs in the lot.  I guess now that school is out, more folks are on the road.  Anyway, it was nice to have a place close by when we finished dinner.  This morning when we woke up, saw an old Corvair, like the one Trisha's folks had, parked in the lot down from us.  Haven't seen one of those in many years!

Drove down to the park area by the Rio Grande, near the end of the Riverside Bike Trail, and Trisha stayed in the RV, finalizing the wedding service, while I rode for about 35 miles along my favorite Albuquerque trail!  Great ride, though was heating up quite a bit by the time I got back.  It's been a while since I've been able to ride that much and I was glad to be able to do it again.

The rest of the day was spent running more errands, and tonight we're parked down by the airport, in a lot the parking company has that they let us use--said their insurance wouldn't allow us to spend the night in the RV if we parked in their lot overnight, but they have this vacant lot right next door that they use for this purpose.  So, we're right here, on a nice, level concrete pad--looks like it was once a driveway to a building, right by the airport.  That will make it easy in the morning to just drop down to their lot, just a few feet away.  That's good, since our flight is at 6:15, so that means an early, early wake up!  As we were finishing supper, though, we looked outside and saw another spectacular sunset--quite different from the one we saw last night.  Great way to end the day! 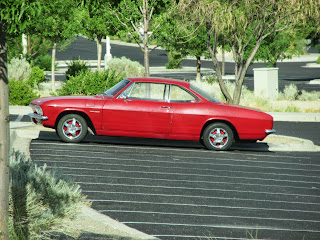 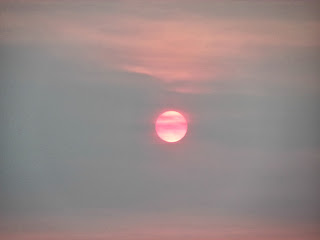 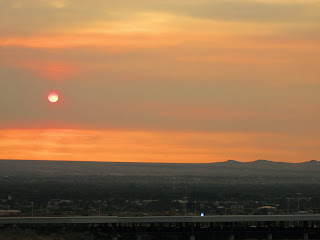 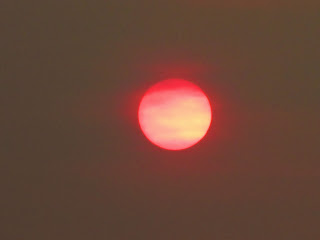 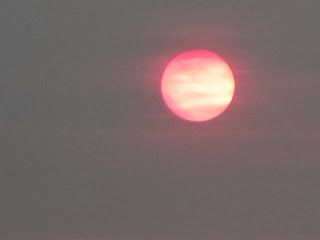 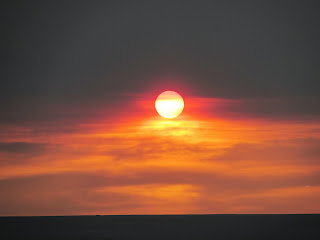 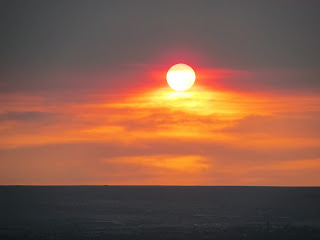