Left Santa Fe yesterday morning, but not before we stopped at Oodles,this wonderful yarn shop downtown.  We had tried to go yesterday, but it was closed on Mondays.  Anyway, it was a great shop, the woman there was very nice and helpful--reminded us so much of a woman we'd known in Nashville in the early '70's, and Trisha got some beautiful yarn for some more of her beautiful knitting projects.

As we drove out of Santa Fe toward Albuquerque, we could see massive billowing smoke rising from over one of the mountain ranges.  Really dramatic sight, but so sad to see.  After we got into Albuquerque we could see smoke from another fire in the other direction, as there are two major fires currently burning in northern New Mexico, with several other, smaller fires popping up all around.  The state has been suffering from a major drought--was already very dry when we were in Albuquerque 6 weeks ago, but there has been no relief since then.  Yesterday the temperature here topped 100 and it's forecast for that again today!  Very, very hot!

Got into ABQ in the afternoon and spent the rest of the day running errands.  But we had a fantastic ending to the day.  When we were here before we had wanted to ride the Sandia Peak Tramway, but Trisha had gotten sick so we had to cancel.  We were able to get reservations at the restaurant up at the top, and it was really beautiful!  It's billed as the world's longest continuous tramway, and you end up at an elevation of over 10,000 ft.  The scenery as we went up was spectacular, with some wonderful views of the Sandia Range.  The fire danger is so bad that they have closed all the hiking trails up the mountain, and issued stern warnings not to leave the boardwalk area at the top.  But we still were able to get some wonderful views all around as we walked through the visitor center.  There is a ski area on the mountain, with the ski lifts on the other side from where the tram goes up.  Fortunately I had been able to get reservations for a table right by the window so we had a fantastic view of the sunset.  Just beautiful!  Today we have some more errands to run and Trisha will be working on putting the finishing touches on the wedding ceremony for this weekend.  We'll catch an early flight in the morning  for Asheville and are looking forward to seeing friends from home there.  It will be really special for her to perform the wedding for this beautiful young woman, whom we've known since before she was even born!

A few pics from yesterday: 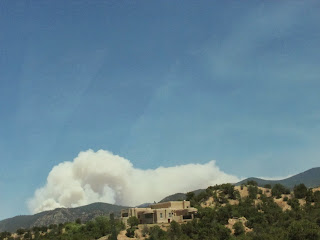 Coming up to the base of the Sandia Peak Tramway 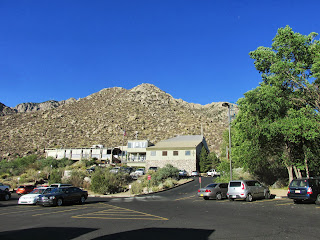 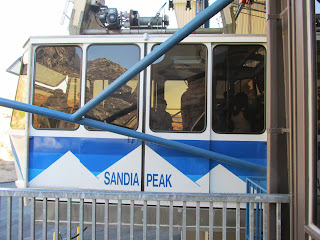 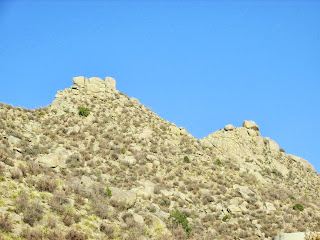 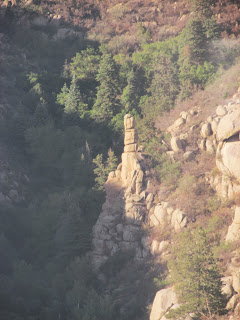 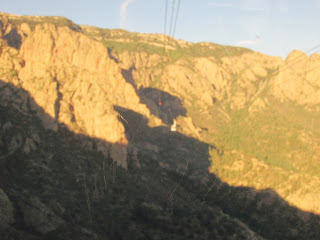 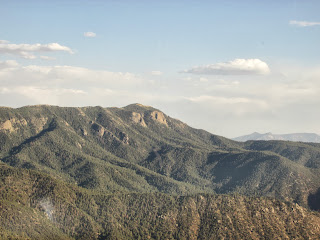 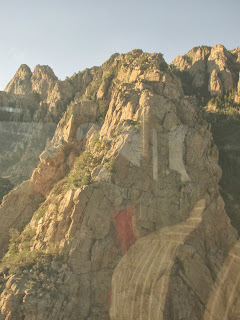 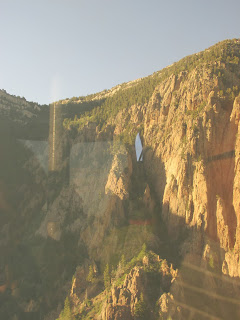 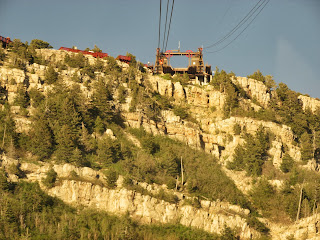 Some views from the top 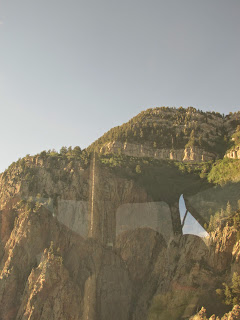 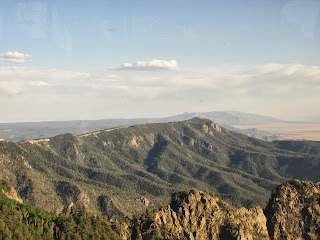 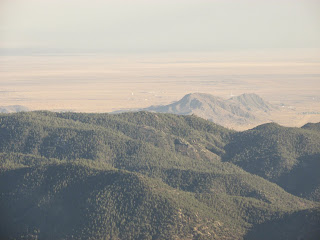 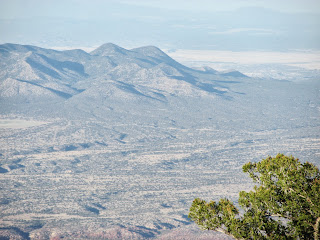 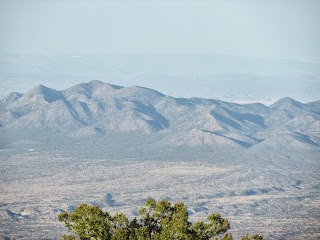 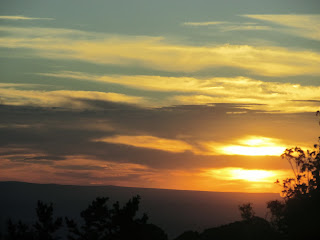 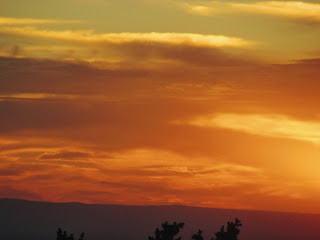 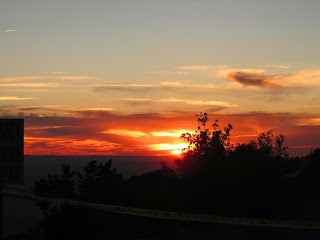 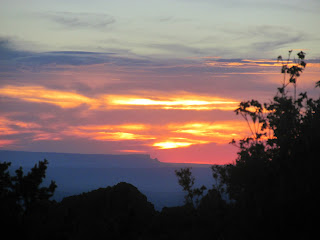 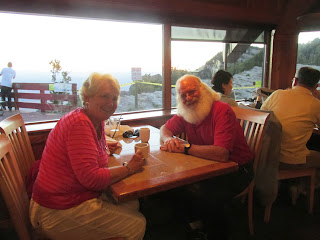 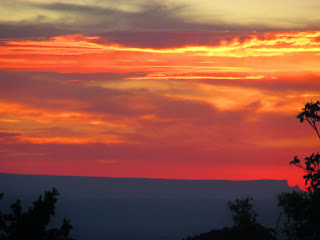 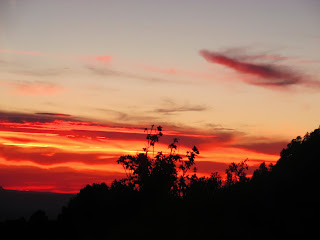 City lights of Albuquerque as we're starting back down 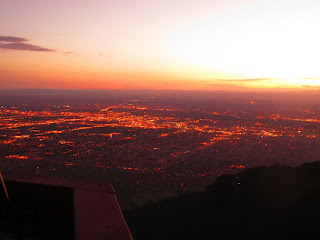