Friday we woke up to incredibly dense fog, so much so that we had to change our plans about doing another bike ride on the wonderful greenway there in East Grand Forks.  Spent a little time looking at the map and trying to figure out our itinerary for the next couple of weeks, and then headed on toward Grand Rapids.  We had talked to Steve, the director of Camp Mishawaka, the day before and he did a little rearranging of his schedule so he could meet us at the camp, so we needed to get on down the road.

The drive to Grand Rapids was quite nice, with continued lovely scenery of lots and lots of grain fields.  For a while, we were wondering about Minnesota's motto of The Land of 10,000 lakes, as we weren't seeing any, but then we started seeing quite a few.  We got to the camp and were so happy to see where Jeremy had spent some summers having a wonderful experience as a camp counselor.  When the camp was first built in 1910 it was quite in a rural area, on Lake Pokegama.  The idea was to give kids a true wilderness experience and they have maintained that focus, even though Grand Rapids has grown and a lot of development has taken place on the lake.  We saw the cabins of the boys camp, which were built in 1930, and they still have no electricity or running water, so the kids bathe in the lake.  But it is an absolutely beautiful place and we really enjoyed getting to meet Steve, as we had heard so much about him from Jeremy and from Nancy.  Just as we were walking down to the dock, he was pulling up in the ski boat that Jeremy had driven to teach kids water skiing when he was there, and he showed us around the camp.  He also gave us some recommendations for places to see in the area, and gave us some insight on some of the places we had initially planned to see.  He suggested that we should definitely go see Apostle Islands National Lake Shore in Wisconsin, on Lake Superior.  We had seen something about this in our reading, but really had not planned to go there, until his strong recommendation changed our minds, and boy are we glad he told us about it!! (We're there now, but that's for the next post!)

We were so grateful for Steve making time to meet us, and we knew he had to get back to his other plans, so we left and hit the road again.  We decided to change our plans to go to Voyageur National Park and head on east across Minnesota and on to the Apostle Islands.  This meant we spent much of the day driving, and we made it to Duluth by the end of the day.  We had forgotten that this is Labor Day Weekend, so we had not planned ahead to make reservations at any campground, and the first few places we called were all sold out.  Fortunately, we did find a place that had one spot for just Friday night, and it turned out to be a great find!  It's right on the St. Louis River, and we could see the river  from our campsite.  When we were checking in, we asked about biking trails and they told us there was one just down the road.  Since we were pretty tuckered out from a long day of driving, we hit the hay early, and planned to take a good long ride the next morning. 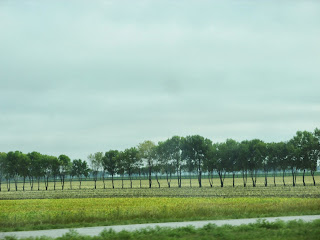 Beginning to see some of the many lakes of this state 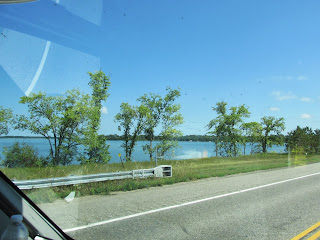 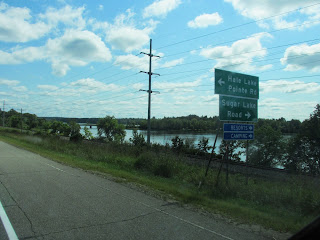 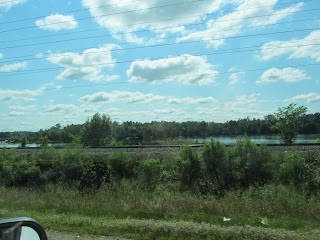 Beautiful building in downtown Grand Rapids, MN as we were driving through town on the way to the camp 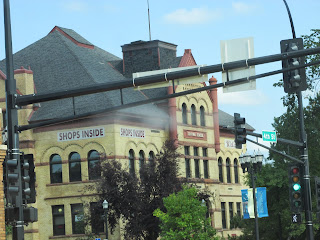 The road leading to Camp Mishawaka 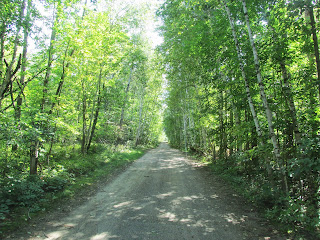 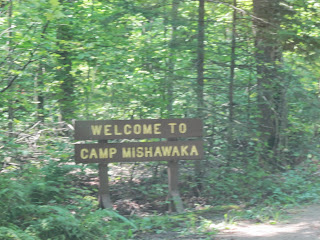 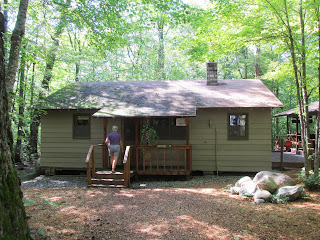 The map of the campus, which showed all the various activities they have each session, though it's hard to see very clearly in this little picture 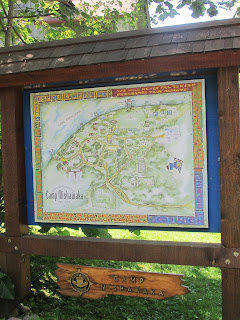 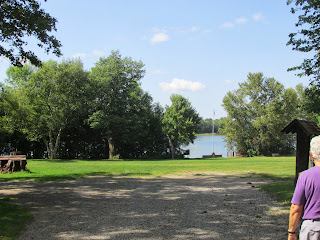 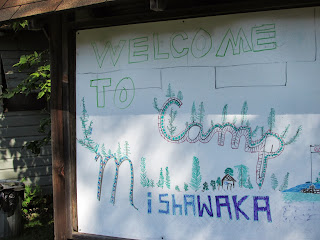 The cabins of the boys camp 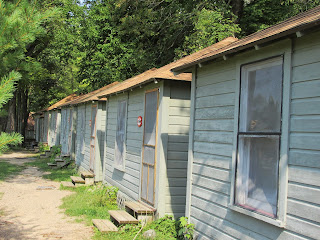 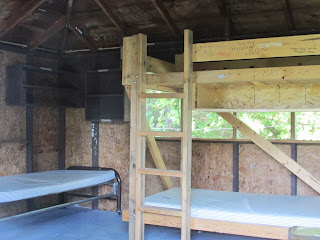 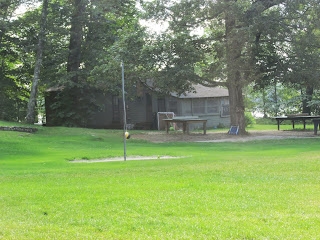 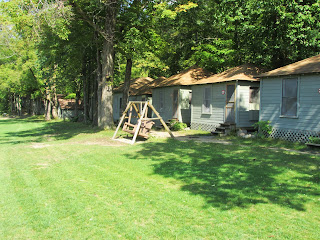 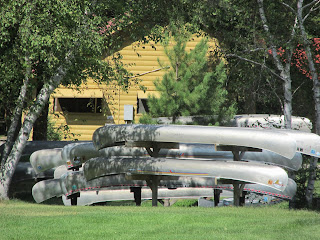 Lake Pokegama--Steve said this will start to get cold enough for ice to form by Halloween and soon thereafter the ice will be 3 ft. thick and people will drive across the lake! 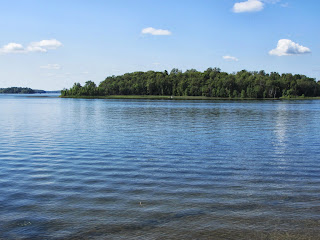 Steve and the ski boat 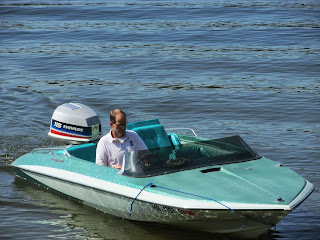 Steve took our picture, looking back toward the cabins and the dining hall 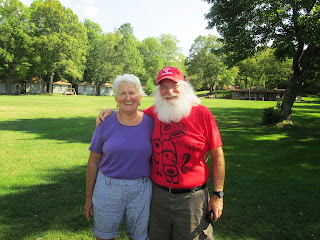 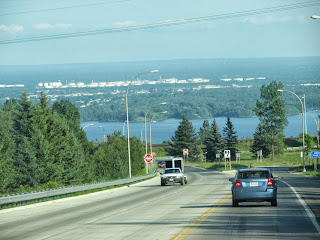 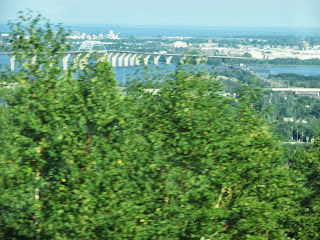 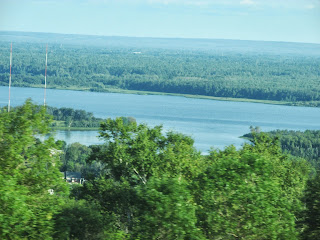 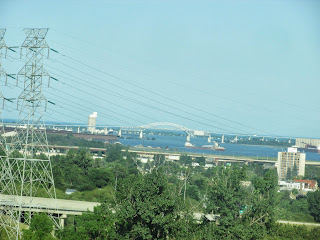