Sunday morning was as predicted, weather wise--we woke up to the sound of rain gently falling on the roof, having heard it sporadically through the night.  So we confirmed our decision not to go to the island, but figured we'd just explore Mackinaw City some.  After a leisurely breakfast we got dressed and were headed out, but just as I was about to go outside to unhook, the rain started picking up and coming down much harder.  So we just shifted gears and stayed inside at the campsite for the rest of the morning, just catching up on some journaling and cleaning up the Happy Times a bit.

After lunch--a wonderfully warming treat of the Amish bean soup we had made the night before--the rain started slacking up, so we unhooked and headed into town.  Went to see the lighthouse just on this side of the big bridge to the UP, and then to a visitor center nearby where we read some interesting facts about this part of the state.  All around here you see two different spellings:  Mackinac and Mackinaw.  The area first got its name from the native peoples and it ended up being spelled Mackinaw, which was the progression of the phonetic version of the original Native American name.  When the French trappers and fur traders came, they spelled it with the "c," but, contrary to what some think, no matter which way it is spelled, you still pronounce it Mackinaw, even when it's spelled Mackinac.  As one brochure puts it, if you say Mackinac out loud, everyone immediately knows you're a "fudgie,"  the term given to tourists, apparently from the fact that in so many of the touristy towns and shops fudge is a big seller!  Also, we learned that a lot of folks from Michigan, particularly in this part of the state, use their hands to answer the question "Where are you from."  If they're from the Lower Peninsula, they will hold up their right hand, and with their left index finger, point to the place on the back of their right hand where their home town is.  On the other hand, if they are from the Upper Peninsula, they will then hold up their left hand above their right hand to show you that they live in the UP.  One brochure claims that the Lower Peninsula residents refer to their northern neighbors as Yooppers, while they call the residents of the Lower Peninsula trolls--pretty funny!!  We saw this in action when these three women asked us to take their picture with the bridge in the background.  We struck up a conversation and when we asked them where they were from, sure enough, they held up their hands to show us!

Since it was still sprinkling off and on, we decided to go to a movie, and saw The Butler, with Forrest Whittaker and Oprah Winfrey.  While this movie has received mixed reviews, we thought it was a powerful story, though difficult to see in many ways.  To see the scenes of the horrors of racial discrimination, especially the actual footage of the Selma March beatings, the firehoses in Birmingham, the bus bombing and the church bombing that killed the four little girls was gut wrenching.  Thought Forrest Whittaker did an outstanding job, and the intergenerational conflict theme of the movie was quite well done, even if the ending resolution between father and son turned a bit sappy.

Anyway, after we came out of the movie, we realized we were near a bike trail, and, since the rain had quit, decided to give it a shot.  It still was threatening, but we decided to take our chances, since it was a paved trail for the most part, and packed dirt and gravel for the rest of it, all a former railroad bed--these are wonderful uses of abandoned lines, and are great because they are generally flat for the most part.  So we got in a quick 8 miles, but it was sprinkling for much of the ride, and a bit chilly.  But it was good to get a ride in, and then we came on back to the campground for the night.  Since it was Sunday, just about everyone had left, only one other site was occupied for the night.  Made for quite the cozy evening! 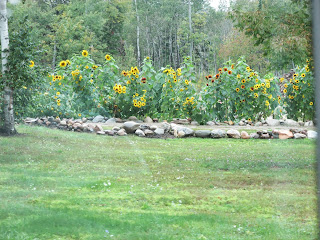 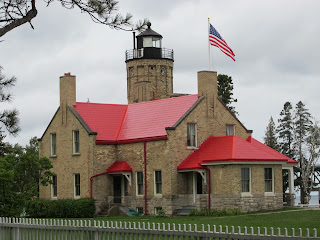 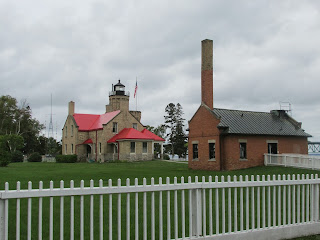 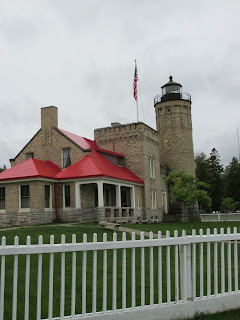 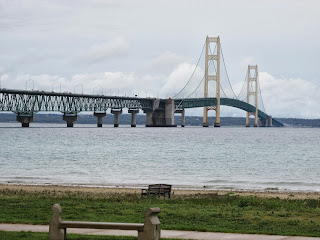 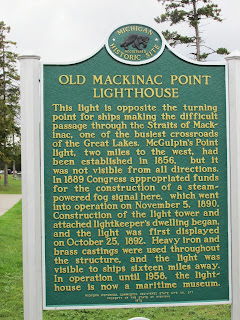 View of a rather large house, next to the park around the lighthouse 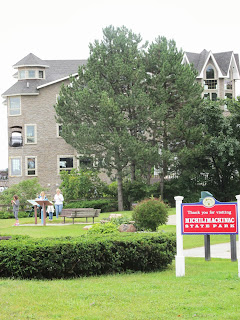 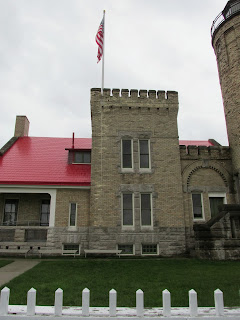 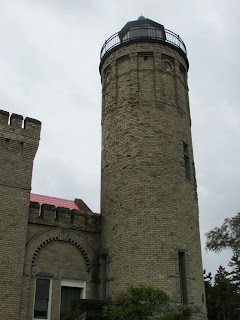 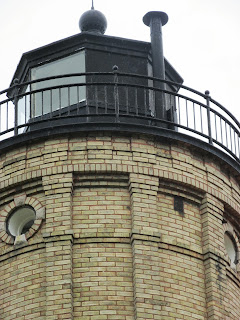 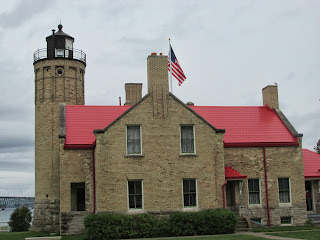 One of the high speed ferries coming back from Mackinac Island 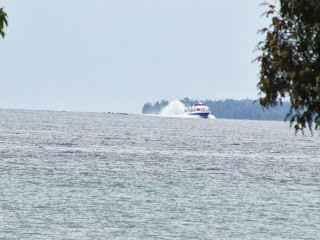 Telephoto shot of the Grand Hotel on the island 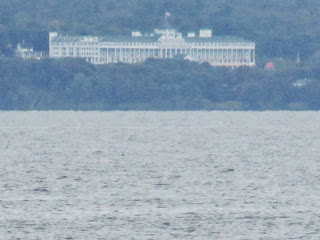 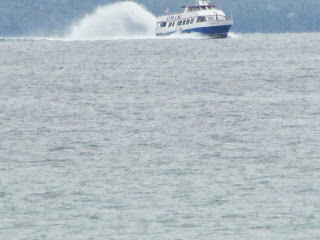 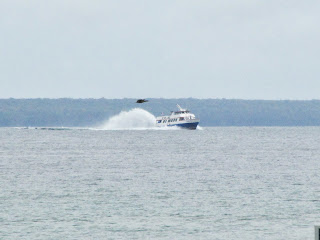 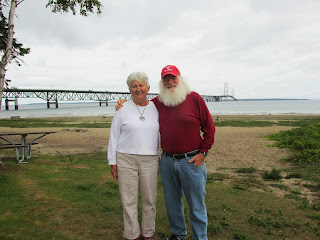 Gorgeous flowers in front of the visitor center 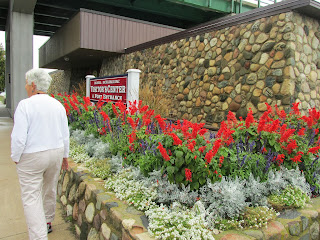 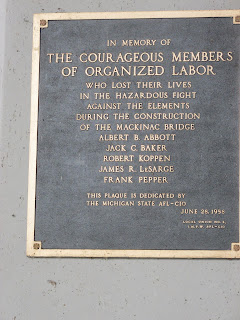 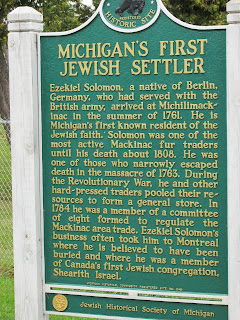 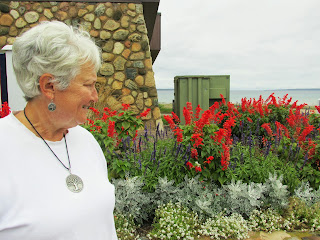 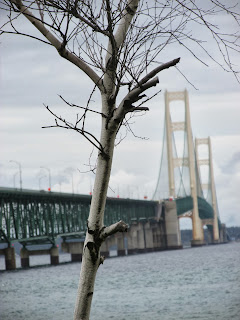 This is the front view of this modest house by the park!!  Not too shabby 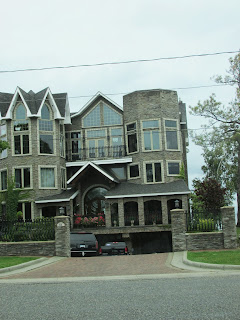