Yesterday I hiked the Volcanoes Trail, an area where there had been a lot of volcanic activity long ago.  It's in the desert, of course, and down on the floor of the Rio Grande rift.  There are three remains of volcanoes, all in a great scattering of lava rock all around.  It was good to do earlier in the day, as it began to warm up and there is, of course, no shade.  But it was a good hike, mostly flat or only some slight inclines, but a few places where it was steeper.  Anyway, there were some great views of the Sandia Mountains, the greenbelt of the river and the city.  I did the basic trail and took several side trails that cross the main trail, so I could get in a good workout.

When I came back to the RV and was resting a bit, a woman came up and said she had a similar model and wanted to meet a fellow View owner.  She lives in ABQ, but is planning to go to California in a few months for two years to be near her daughter, to help take care of her soon to be born grandchild.  She was interested in seeing the modifications I'd done--it's always fun to compare notes with others who have the same model, and I was glad to be able to giver her the benefit of what I'd done that worked and the things I'd tried that didn't turn out so well.

Later in the afternoon at the campground when I was doing laundry I met another couple who have a View--had seen them at this campground last week, and then again the night I stayed in the casino parking lot.  Turns out they were from West Palm Beach, FL, where I had lived a couple of years when I was in elementary school.  They had sold their house and are not full timing it.  They also have a daughter named Shelley, and had gone to ETSU, in Johnson City, TN, right next to Kingsport, where Trisha grew up.  What a small world.  Had a good time visiting with them and comparing notes.

Then, the best part of the day--Trisha got back from Florida!!  Woohoo, Santa is a happy camper!!  All's right with the carhouse, now, to have her back.  With a new cute haircut, and beautiful additions to her tan!!  We'll see some things in town today, and then this evening we're going to ride the Sandia Peak Tram up to the top and have dinner at a restaurant there to watch the sunset.  Then tomorrow we'll head out toward the Grand Canyon, so looking forward to that.

Here are some pics from yesterday's hike:

Trail leading into the area, toward the first of the 3 volcanoes, JA. 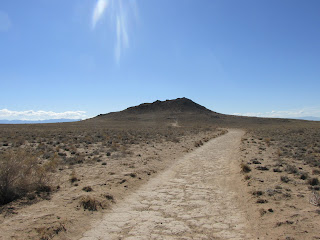 Looking toward the second, Black Volcano 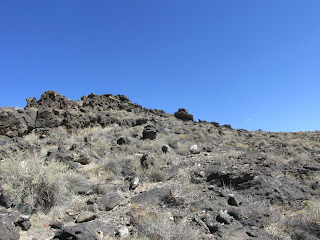 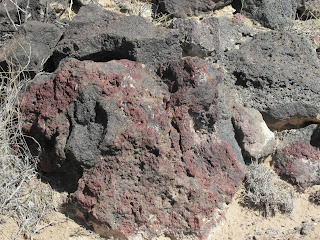 Someone had built a little stupa along the trail. 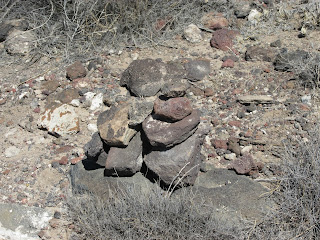 Looking toward Vulcan Volcano, the third of the "Three Sisters." 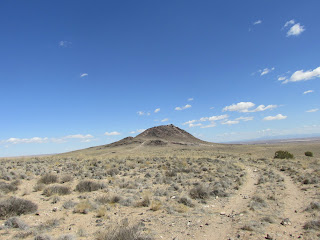 View looking toward the Sandia range 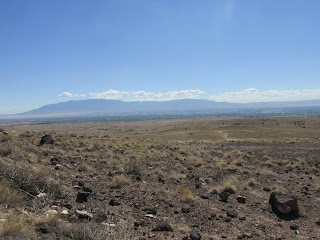 Rio greenbelt and the city with the Sandias in the background 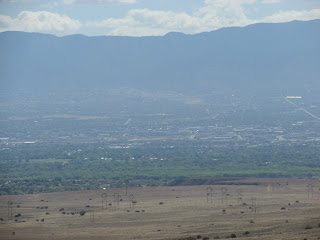 More views of the Sandia's in the background, shot from the trail on the way up to the top of Vulcan 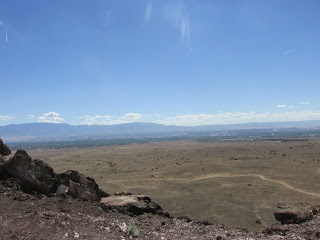 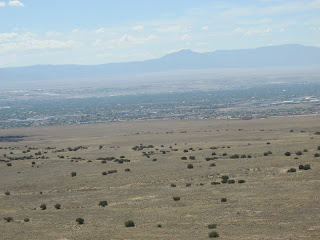 Looking back toward JA, from the top of Vulcan 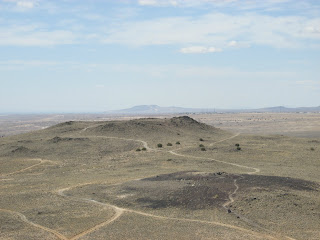 Couple of shots from the top of Vulcan, showing some of the trails throughout the area 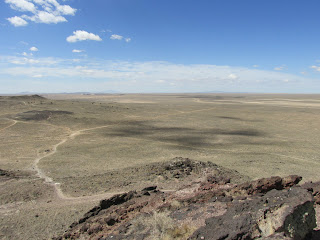 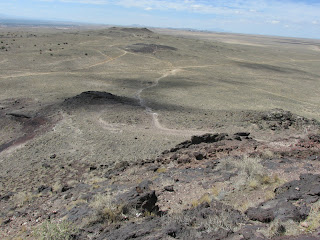 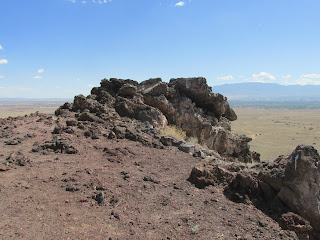 Looking up toward the top of Vulcan 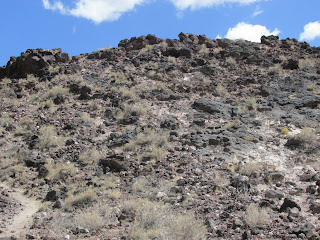 Two shots, second with the telephoto, of an interesting rock formation of a little arch. 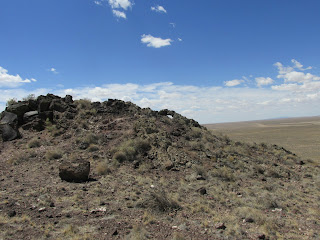 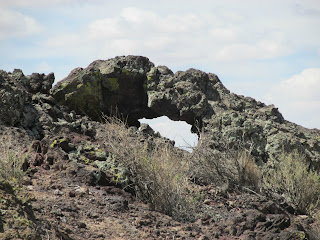 Looking back toward JA 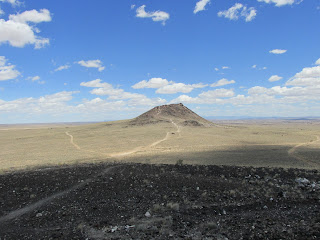 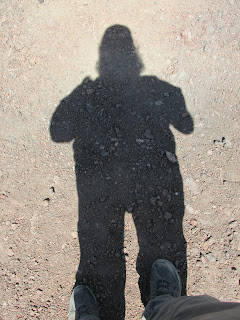 Little friend I met along the trail. 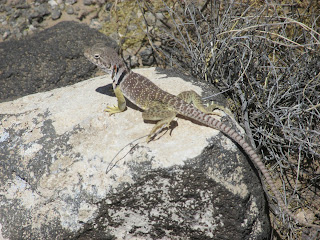 The View against the gorgeous sky! 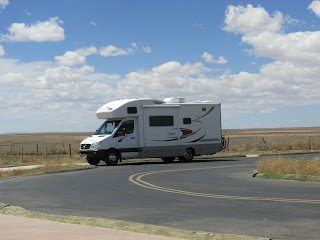