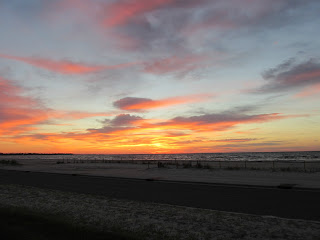 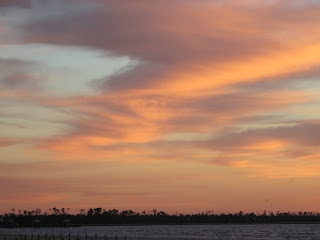 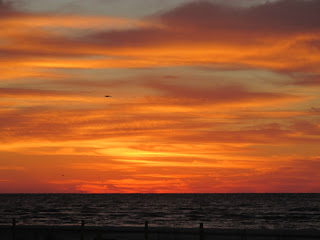 Above:  Saturday morning's beautiful sunrise shot from our campsite.
Even at sunrise, the Silver Slipper Casino is open for business, going strong. 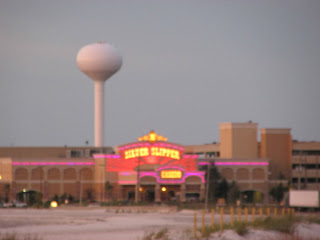 Scenes from our morning walk on Saturday--first one is of two brown pelicans on the Gulf side. 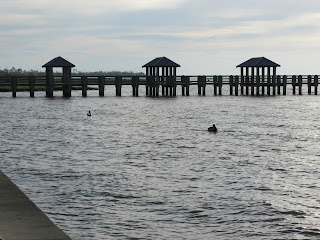 This is on the marsh side, in one of the many little canals, a snowy white egret enjoying the new day. 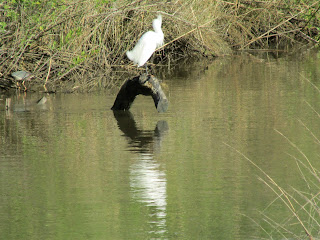 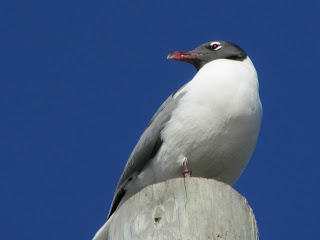 Above:  Jonathan Livingston perched atop a piling.
One of many piers along the Gulf which appear to be new construction after Katrina. 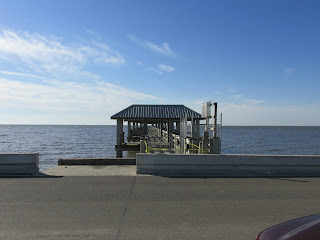 A stark contrast:  these next 3 show some of the beautiful live oaks that survived the storm, but also show vast empty lots, all too common along the shore, where Katrina just flat out wiped out tons of houses, some of which were obviously quite substantial, given the size of the lots.  All the way along highway 90 from Ocean Springs, and along Beach Blvd. here in Bay St. Louis, there are long stretches of empty lots with For Sale signs on them.  Yesterday we saw one lot where the slab foundation was still there, and a group of folks just sitting on beach chairs on it in the sun.  We couldn't decide if it was a group of people who owned the lot or just some squatters.  Anyway, all these vacant lots with For Sale signs just seemed to toll a baleful bell of disappointment.  Betty had told us that many people didn't rebuild because insurance rates skyrocketed after the storm and they just could not afford to do it. 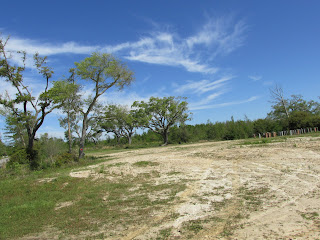 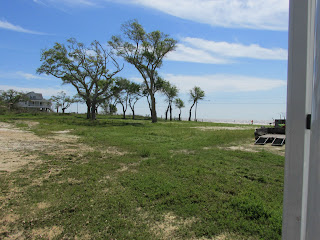 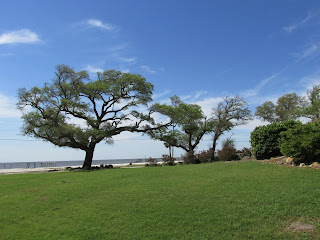 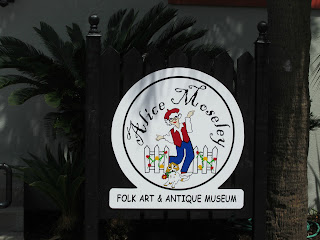 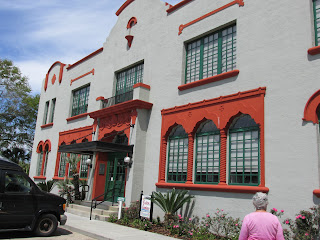 Some of the beautiful Mardi Gras costumes on display in the depot: 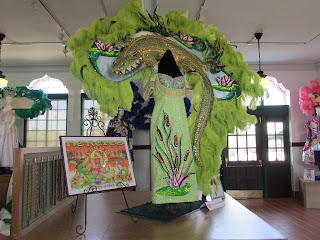 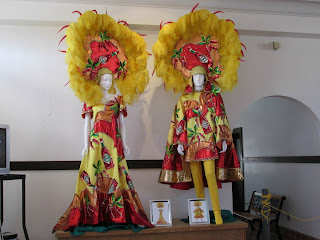 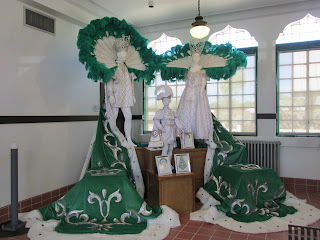 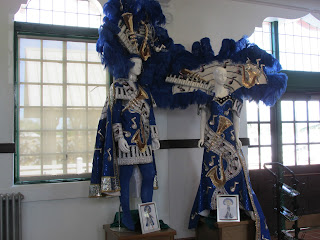 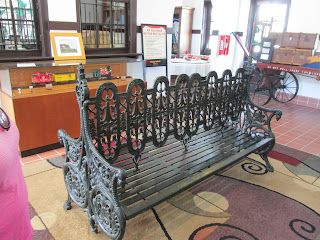 Baggage truck lettering on side:  "Do not pull truck too close to track"--good advice! 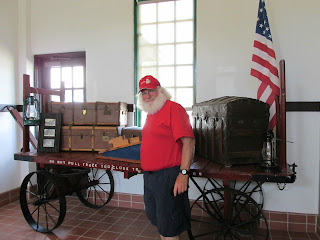 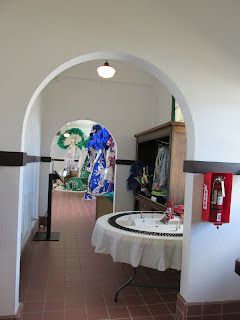 Beautiful live oaks alongside one of the streets leading to the Gulf in downtown. 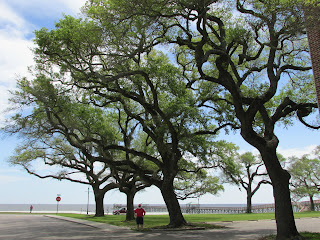 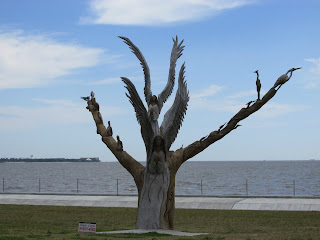 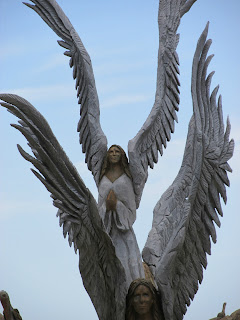 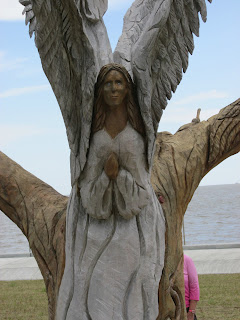 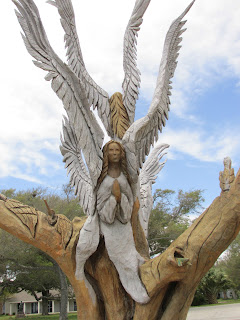 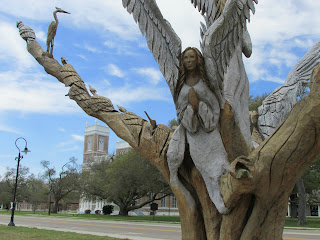 Above:  some of the carved angels and birds along the downtown beach road.
Below:  the "Blue House,"  where Miss Alice lived, across from the depot.  Her painting of this house is titled: "The house is blue, but the old lady ain't!"  On her video she tells the story of when she took the original to the printer to make some prints to sell, the printer somehow messed up the title and it came out: "The house is built, but the old lady ain't!"  She just laughed and laughed at herself when she told this story! 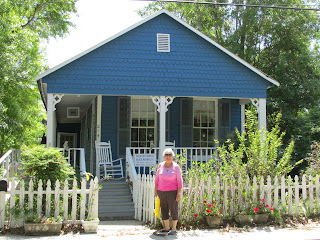